Toronto FC President Bill Manning didn’t mince words when asked on the eve of the MLS team’s first ever home playoff game how impactful the match would be to the club’s bottom line.

“Massive”, replied Manning. “Getting into the playoffs does make an impact on the bottom line financially. It’s something we as an organization expected. But anytime you can advance and get more playoff games, it helps the bottom line”.

Following a 3-1 win over the Philadelphia Union in the Eastern Conference Knockout Round playoff match at BMO Field Wednesday night, TFC has guaranteed a second home playoff match as they embark on a two-leg Conference semi-final encounter with New York City FC.

Manning admits that with so many options available to Toronto area sports fans, who have embraced the recent playoff successes of the Blue Jays and the Raptors, TFC has to emulate their sports brethren. 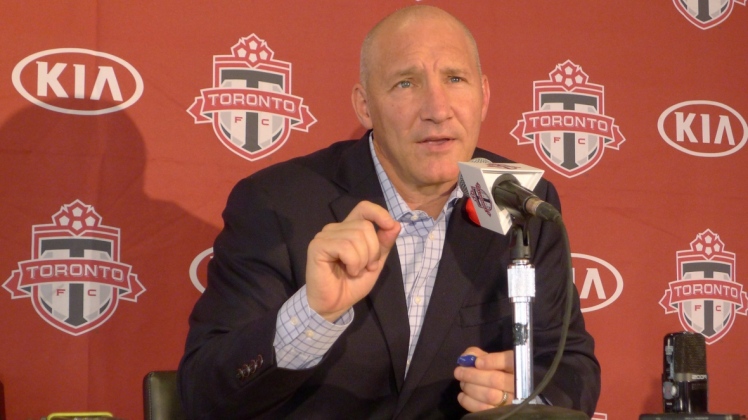 TFC’s total regular season attendance for 17 MLS games in 2016 topped 450,000, with an average per game attendance of just under 27,000 spectators, only 3,000 less than capacity at the recently-expanded BMO Field. Those figures propelled TFC to a 4th place ranking in the league. The club’s season ticket base currently sits at just over 18,000. Manning said his goal is to reach 22-25,000 season ticket holders in the next three years, which should result in sellouts every game.

BMO Field recently saw the installation of temporary seats to the south end zone to accommodate larger crowds for both the CFL’s Grey Cup game, scheduled on November 27th, and the NHL’s outdoor Centennial Classic, on January 1st, 2017. Manning agreed those extra seats would be a welcome addition should TFC continue its playoff form.

“We haven’t looked that far yet but if we got to a point where we’re hosting a conference final or an MLS Cup, that could be used,” Manning speculated.

After significant upgrades were made to the roster in advance of and during the 2016 season, Manning is comfortable with the group he sees on the field and doesn’t anticipate much player movement after this season.

“This is not a team that’s going to have a lot of turnover in the off season”, insisted Manning. “We have a good nucleus of players and we think this is a team that can be good for many years.”

The final chapter has yet to be written on TFC’s 2016 season and Bill Manning hopes it won’t be completed until December 10th, the date of this year’s MLS Cup final.