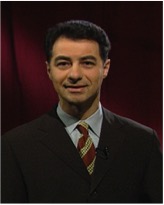 He has been a media industry professional for over 30 years with a specialization in sports, commercial and promotional productions.

Most recently, he was responsible for the production of a weekly sports package (“The XI”) for the international premium sports network beINSports. He also has experience in the live production and presentation of six FIFA World Cups of Soccer in the multilingual space for both OMNI-TV & TLN Telelatino Network. He has also produced and hosted Italian League (“Serie A”) games as well as UEFA Champions League & UEFA Europa League matches for TLN-TV. He has provided play-by-play, colour commentary and analysis for several international events including the FIFA Men’s U-20 World Cup for TLN-TV as well as various Toronto FC MLS matches and the UEFA 2016 European Soccer Championships for TSN Network Radio.

Previously a senior producer of Commercial Productions and On-Air Promotions for TLN, he also provided hosting/announcing duties on a variety of sports properties such as CBC’s Hockey Night in Canada, Major League Soccer and the FIFA World Cup.

In addition to contributions to other Canadian specialty sports TV outlets including TSN, Sportsnet & The Score, he was also the Managing Editor of Inside Soccer Magazine, a national sports publication and its affiliated website, insidesoccer.ca.

He has been employed in Media & Marketing for the Toronto Lynx Pro Soccer Club & Soccer Expo, an annual exposition of soccer merchandise and organizations. He has volunteered his time as a Press Operations Crew member for the Toronto 2015 Pan Am Games and he was a member of the Advisory Cabinet for the Festival of Football, in support of the WestPark Health Centre.

Through his company, ADB Creative Consulting, he is currently engaged in establishing an independent sports business multi media brand, “Sport$trategies”, for international digital audio/video streaming and distribution and he also curates its parent website, sportstrategies.ca.

In 2017, in his new capacity as Communications Director with the newly-relaunched National Soccer Coaches Association of Canada (NSCAC), he will manage that organization’s communications efforts and edit its biannual publication, The Journal for Soccer Coaches.

A native Calgarian who has always been interested in the sports sector, Ginelle joins Sport$trategies with a background in sports marketing, sponsorship and international business.

She is an alumna of the FIFA Master (CIES) program and the University of Calgary, previously working with various sport organizations in Canada, including the Western Hockey League and Inventa brand agency. Ginelle is also involved in the non-profit sector, including a director position with ImagiNation 150 and she previously headed a University Chapter for Right To Play.

In her spare time, you can find Ginelle on the football pitch, ski slopes or watching a Formula 1 grand prix!
Follow her Twitter at @GinelleP or connect on LinkedIn.