2017 is set to become a milestone for Canadians. Not only is the country celebrating its sesquicentennial, or 150th birthday, but this year also has some marquee sports events fixed into the calendar. From historic annual traditions to first-time occasions, there will be no shortage of high-profile sports across the country over the next 12 months.

Ottawa will indisputably come under the spotlight as Confederation celebrations commence. The capital city has become a focus for the significance that sport holds in Canadian culture, hosting many events as highlights of the year. From the Canadian Tire National Skating Championships to the Canadian Road Championships (cycling), from the Grey Cup to the Tim Horton’s Roar of the Rings (curling), Ottawa will become Canada’s sports destination in 2017.

Looking beyond the capital, sport tourism is booming in Canada. According to the Canadian Sport Tourism Alliance, the industry is valued at $5.2 billion and sport has been the fastest growing segment of the tourism industry.

Kicking off a year-long celebration for its centennial, the National Hockey League started 2017 on a high note by hosting Toronto’s first outdoor game, the Centennial Classic, with a storybook original-six match-up between the Maple Leafs and the Detroit Red Wings on New Year’s Day.

More than 40,000 fans packed into Exhibition Stadium (officially known as BMO Field), also the home of Toronto FC (MLS) and the Argonauts (CFL). The event encompassed nostalgia from an era of old legends to the era of modern new youngsters. During pre-game ceremonies, the first 33 of the 100 greatest NHL players of all time were introduced and, considering 15 of them were Maple Leaf players, the home crowd surely appreciated the recognition of some of their hometown hockey heroes. 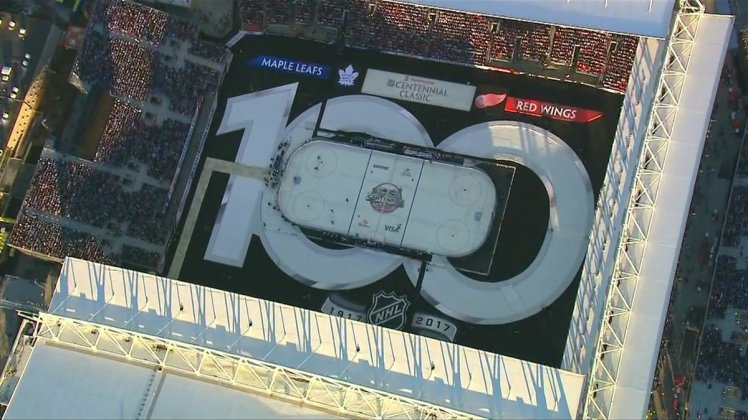 Later in the year, hockey fans have plenty more to look forward to, including numerous special events, a Stanley Cup tour and recognitions of member clubs and the announcement of the rest of the NHL’s top 100 players.

The importance of the Toronto area to the NHL is no secret and the hockey-crazed city’s ability to host a successful outdoor match will lay the groundwork for many more outdoor events in the future.

Here’s what else Canadians should look forward to in 2017:

Of the many events Ottawa is set to host this year, one of the most anticipated is certainly the Davis Cup. The men’s international tennis tournament comes to Canada’s capital which will stage the first of four rounds of competition in February.

Sixteen nations will match up during the first round, and Canada is paired against Great Britain. The UK team is ranked number one in the world, while Canada is currently ranked number twelve. Whereas Canada has never won a Davis Cup title, Great Britain captured the crown in 2015, its first in 79 years.

When the venue was announced in November, Gavin Ziv, VP at Tennis Canada, stated that “playing Great Britain in the nation’s capital during the Canada 150 celebration year presented a perfect opportunity and we could not be more excited about it.”

The tournament will be the first tennis event held at The Arena at TD Place in Ottawa. Tennis fans in Ottawa have much to look forward to since the last Davis Cup held in the city was more than 20 years ago.

Moving out West, the Olympic Oval in Calgary will welcome speed skating stars in February for the World Sprint Championships. Famously regarded as the ‘Fastest Ice in the World,’ there have been 287 world records set at the Oval over the last 30 years.

Speed Skating athlete Gilmore Junio, from a press release announcing the event, mentioned that “when Calgary gets to organize world championships, it’s always exciting for the speed skating community because of the great reputation the Olympic Oval and the organizing committee have.”

Calgary has become a spotlight destination on the ISU speed skating calendar, as the previous World Cup of Short Track event was held in the city last November. During that competition, Canadians Charle Cournoyer and Samuel Girard finished first and second respectively in the men’s 1000m and, for the women, Jaime Macdonald finished with a silver medal in the 500m race.

One of the longest-running annual tournaments in hockey history, the Memorial Cup makes its 99th appearance in Windsor, Ontario. Bringing together three championship major junior hockey teams under the Canadian Hockey League banner, plus the host team, the Memorial Cup is said to be one of the hardest trophies to win in the sport.

Anticipating that next year will be the 100th anniversary of the tournament, this event will still be a special one as the Windsor Spitfires will host the round-robin tournament to cap off the CHL season in May. Their last appearance in the Memorial Cup came in 2010 when the team were crowned champions of the Ontario Hockey League and went on to win the Cup.

While racing fans are accustomed to the annual Formula 1 Grand Prix hosted every year in Montreal, 2017 will add a different flavour to the mix of Canadian motorsport. The Formula E series will roar through the streets of Montreal in July and will be the first of its kind in the country! The event will also double as the season-ending stop on the racing series, hopefully determining a champion for the third year of the electric racecar series.

Nelson Piquet Jr. was the first winner of FIA’s Formula E Championship and, when he unveiled the track location in Montreal last October, he explained “Canada is a country that embraces motorsport. Montreal is a fantastic city and it’s going to be amazing racing around the streets here in July. It’s the prefect venue for our season finale”

The multi-sport Paralympic-style event created by Prince Harry promotes the participation of wounded or injured military personnel and veterans to take part in sport. The first event was held in 2014 and the Games will be hosted in Toronto this year, a first in Canada. Building on the city’s Pan American and ParaPan Games success in 2015, twelve events and seventeen nations will make up the competition in September.

The Invictus Games aim to generate a wider understanding of and respect for those who serve their country and what could be more fitting than celebrating those individuals during Canada’s celebration of Confederation.